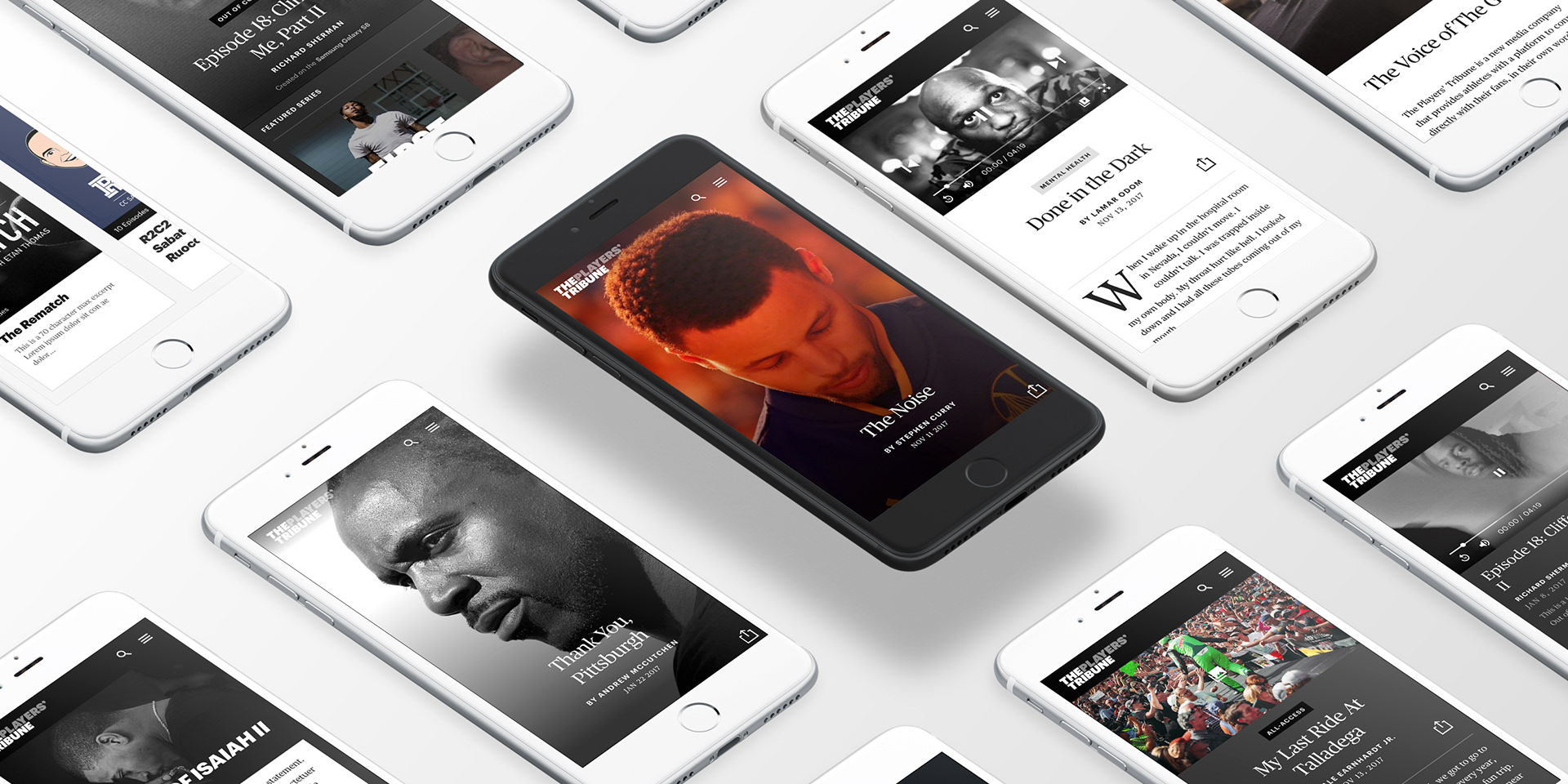 A new media company empowering athletes to tell their stories and connect directly with their fans.
Product Design @ The Players' Tribune
Our Series C funding brought a new focus on Product & Tech to The Players' Tribune, and with that came the business prioritization and resources we were sorely missing the first three years.

Problem
The existing Wordpress site with basic customization had reached its limits. We knew we had to overhaul our tech stack to build for the future of TPT, not just for our immediate needs.
Solution
We set out to establish a scalable tech platform that would power a suite of products for our identified core users: athletes/contributors, consumers/fans, brand partners, and internal team.  All while enabling a data driven company culture where product and tech directly impact TPT business goals.The first set of projects we decided to attack were:

1) Build the foundational technology platform to power a sleek new consumer mobile/desktop website and new supporting CMS. This would continue to function as the marquee destination for TPT content, especially as the quantity and types of TPT content grew aggressively.

2) Build an athlete community database that would function as a lightweight CRM to securely organize athlete data and streamline internal process. This would lay the foundation for a larger toolkit that could ultimately power every team from editorial to sales and everyone in between.
The new playerstribune.com

Research
After an extensive company-wide research and audit process, we identified the following key takeaways and immediate, medium, and long term business goals:
‍
• TPT's video content production would skyrocket over the next 6 months, and the new site had to reflect that editorial focus.
‍
• Our audience was heavily skewed towards mobile, close to 75%, and was referred primarily via social media networks. While most at TPT consumed our content via the homepage and on their desktop, this was not how our users interacted with us. We had to build with this top of mind and re-train many key stakeholders' basic assumptions.
‍
• TPT would be expanding globally, and our new site had to be able to distribute and curate content for the locale it was being viewed in, not just one catch-all edition.• Much of the teams editorial and athlete relations processes were painfully manual, based on "that's how we've always done it" systems, and difficult to scale.
‍
• Consumers and internal members alike felt the visual brand was strong, and liked the minimal presentation of content. However, the standard "article" template was limiting and beginning to get stale, unable to intuitively accommodate different story and media types.

Decide now, refine later
Armed with detailed site analytics and user research data, we explored a variety of directions for the new site. We ultimately decided to add a handful of new templates, refine the visual language, and re-organize our content layouts & discovery tactics  - keeping in mind that content composition would change drastically over the next 6 months. Given the tight time constraints, we knew we would continue to iterate aggressively and refine this living product post-launch, so we made tough judgement calls as needed to get a 1.0 out the door. 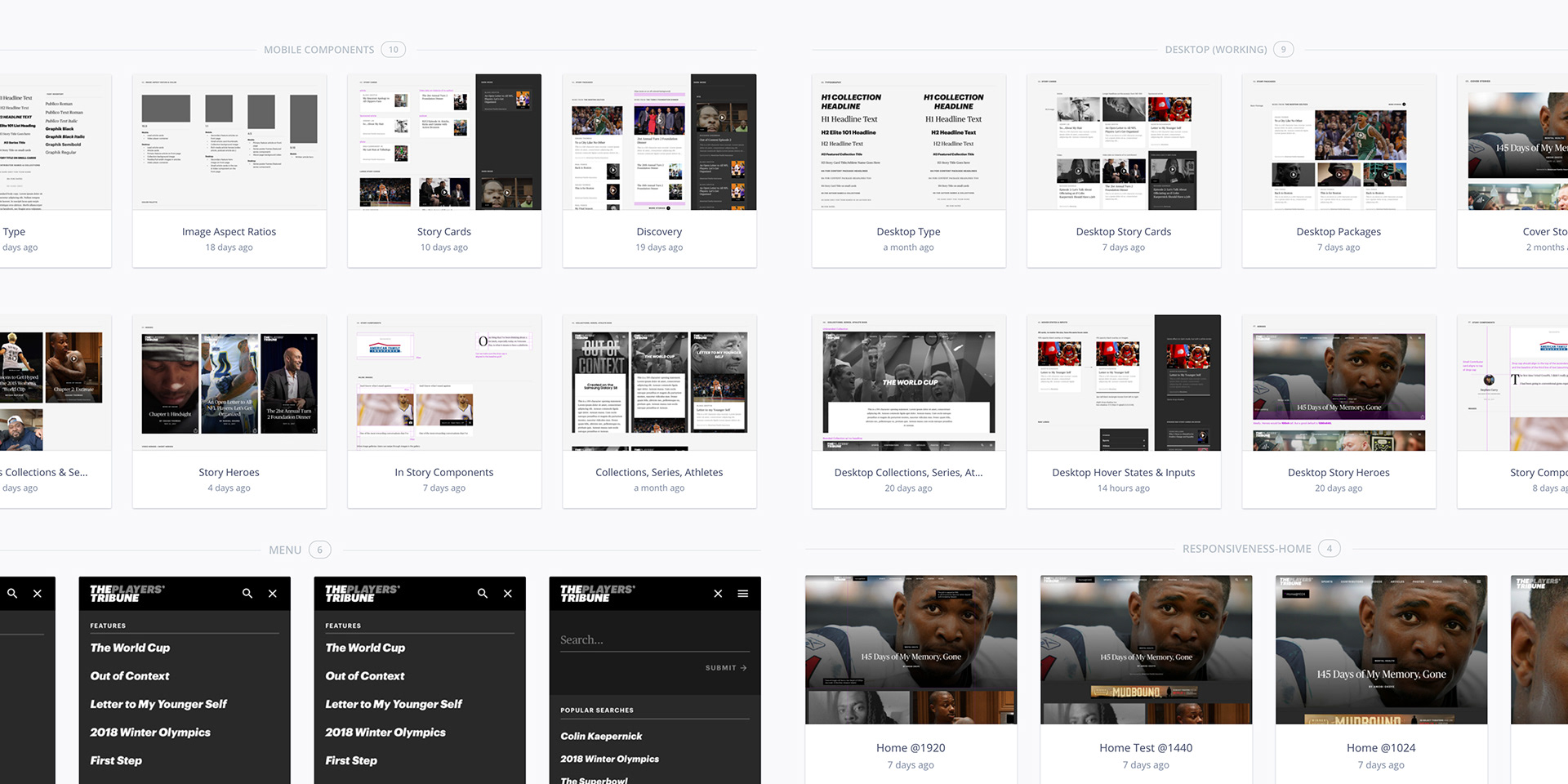 My role
We partnered with Postlight in NYC to boost our production effort as we on-boarded all new staff mid-project(s), quickly ramping up from 1 to 6 team members internally. I led design for TPT with the talented Postlight team and supported our engineers as both a designer and quasi-PM, since we were without one internally. I also made it my mission to include as much visual polish and "nice to have" features as possible, helping translate my After Effects animations into usable code.Having been with TPT since the early days and worked across practically every team, a core role I played was the unloading of institutional knowledge I had gained throughout the years. While I thought I had a good idea of what we needed to fix, I learned just as much from the new perspective fresh eyes brought with them from our new TPT team members and Postlight. 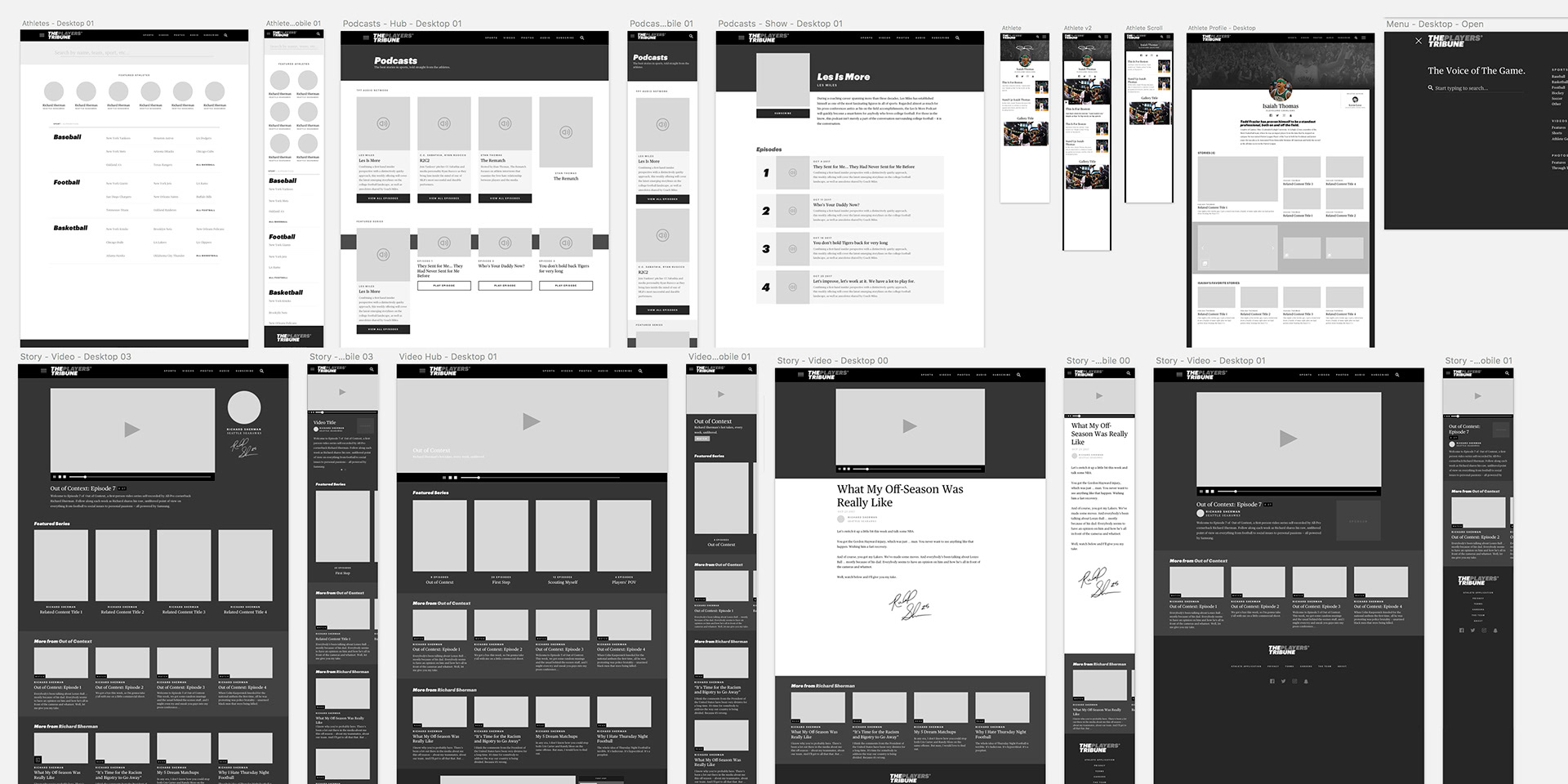 Athlete Database / CRM
While we were heads-down on the site rebuild, we also simultaneously built out the first version of our athlete database/CRM. Postlight handled the design with direction by TPT with the eventual goal of merging the two platforms. There were a number of information architecture and design decisions that had to be considered as we built as many bridges as possible between the two platforms for the initial launch(es). 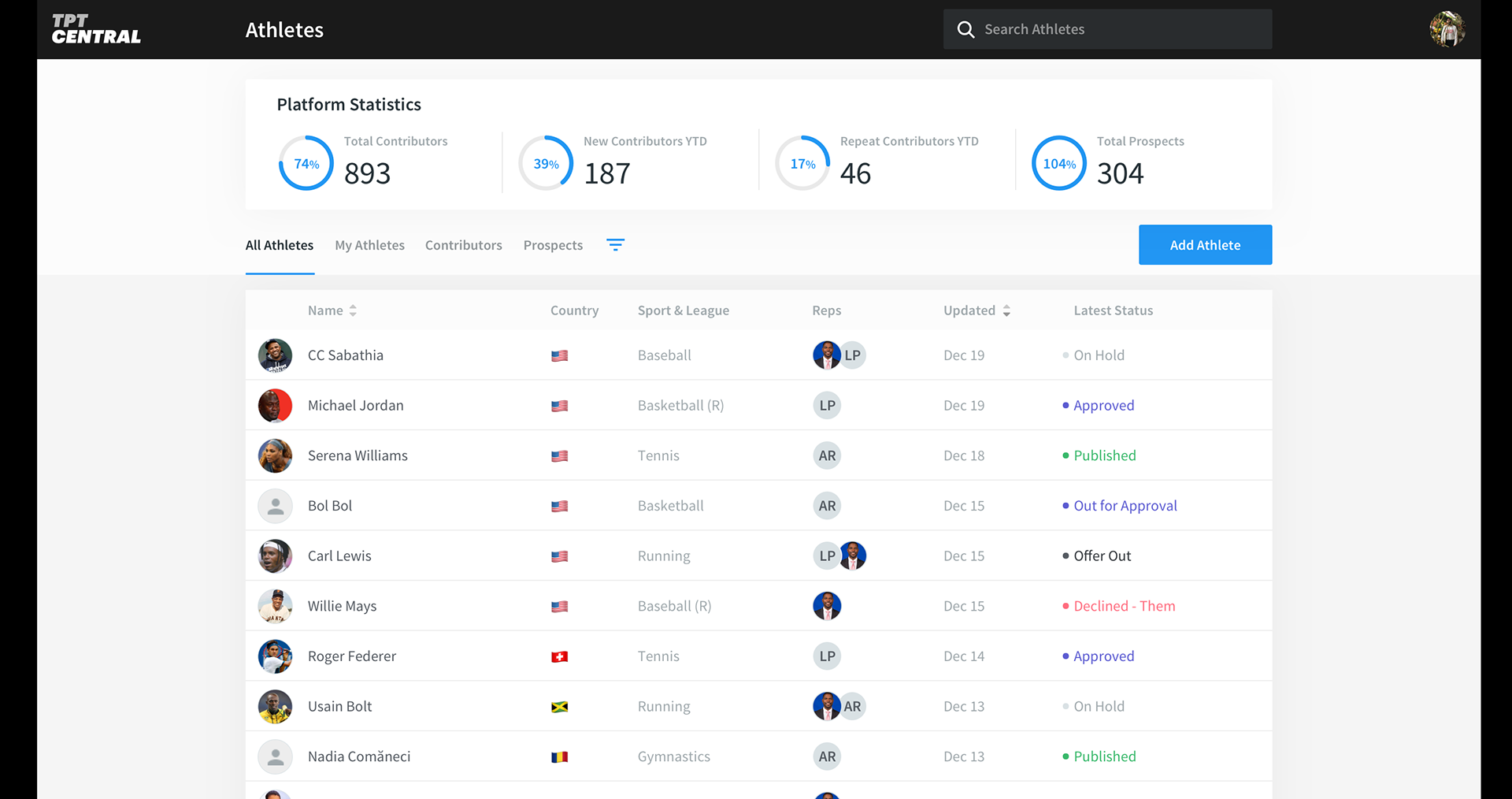